This set of studies looked at data from online support and discussion communities with the aim of understanding network structures and the parts played by types of community members. Cobb et al used network analysis alone in their study of a community of smokers looking to give up (QuitNet). Pfeil et al attempted to integrate content and structural analysis in their analysis of the SeniorNet community for older people to discuss health issues. Welser et al sought to correlate structural characteristics with predominant interaction behaviours in three sets of Usenet data (two technical discussion groups and one on kites!). 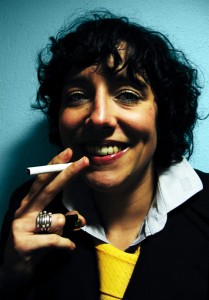 Cobb et al. start out by comparing weakly connected with strongly/densely connected members – on the basis of blog post and private message connections. They find more of the strong or densely connected core are women, and that they are older than the weakly connected core. They are also less likely to have lapsed in their attempts to give up. The study goes on to identify three significant groups: Key Players (50 users of the 800,000 registered and of the 7500 or so active in the study period), Newcomers (800) and Integrators (750). Key players were 80% female, with an average age of 49 and a high level of activity in terms of posts, connections and reciprocal messaging. Newcomers were all smokers (avg age 39) who joined the site during the study. Integrators were those who formed ties with the newcomers by initiating contact. The authors note a healthy heterogeneity to the network, with abstainers mixed with smokers – thereby providing the normative influence needed for quitters to keep it up.

Pfeil et al used a coding scheme to tag forum posts in a much smaller community (only 30 or so active members analysed) according to: self-disclosure, community, factual, slightly-off and support oriented content. The tagging scheme yielded seven types of user based on the predominance of these post types. They also undertook a regular equivalence analysis (REGE algorithm) of the network, which yielded six groups showing distinct interaction patterns. In their discussion they attempt to integrate the two groupings, though note that:

“At first glance, it appears that there is no overt connection between the results of the structural approach (social network analysis) and the behavioral approach (content analysis). The groups identified by the two approaches contain different members. However, at closer look, some relationships can be found.”

The groups they arrive at are:-

Pfeil et als conclusions – that moderating supporters should be recognised and cultivated – are not especially surprising or new, though they do make an interesting observation about building trust in order to encourage self-disclosure.

Welser et al’s study focussed on the answer person “a participant in an online discussion group whose primary mode of interaction is the provision of helpful, informative responses to other group members’ questions.” Answer people are important for contributing without expectation of recompense and have high community value. For this reason the authors wanted to see what structural aspects of communities correlated well with answer people. They found a characteristic pattern of a sparse, star shaped egocentric network with connections to isolates, few of whom were connected to each other (see their example). Their analysis found that “authorlines” (thread contribution patterns), neighbour’s degree distribution and local network characteristics were good predictors of answer people.

The studies are methodologically interesting, with shortcomings of a purely structural approach noted by Cobb et al – for example, it is impossible to discern the influence of the community on more passive members. And what are the motivations of the key players? Pfeil et al tried to triangulate but found it difficult, suggesting that one-dimensional categorisation of users may be an over simplification.